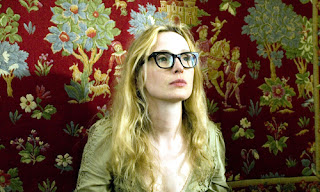 “J confessed to me his fear of being rejected if I truly knew him, if he showed himself totally bare to me. J realised after two years that he didn't know me at all, nor did I know him. And to truly love each other we needed to know the truth about each other, even if it's not so easy to take. So I told him the truth, which was I'd never cheated on him. And I also told him that I had just seen M that afternoon. He did not get mad at me because nothing had happened, of course. I confessed the toughest thing for me was to decide to be with someone for good - the idea that this is the man I'm going to spend the rest of my life with. To decide that I will make the effort to work things out and not run off the minute there is a problem is very difficult for me. I told him I could not be for just one man for the rest of my life. It was a lie, but I said it anyway. He asked me if I thought I was a squirrel, collecting men like nuts to put away for cold winters. I thought it was quite funny. Then he said something that hurt my feelings. The tone changed drastically. Then I misunderstood him. I thought he meant he didn't love me any more - and wanted to break up with me… It always fascinates me how people go from loving you madly, to nothing at all. Nothing.

It hurts so much.

When I feel someone will leave me I have a tendency to break up first before I get to hear the whole thing. Here it is. One more, one less, another wasted love story. I really loved this one. When I think that it's over, that I'll never see him again... Well, I'll bump into him, we'll meet our new boyfriend and girlfriend, act as if we had never been together. Then we'll slowly think of each other less and less, until we forget each other completely. Almost.

Always the same for me - break up, break down. Drink up, fool around, meet one guy, then another, fuck around to forget the one and only. Then after a few months of emptiness, start again to look for true love. Desperately look everywhere and, after two years of loneliness, meet a new love and swear it is the one, until that one is gone as well. There's a moment in life where you can't recover any more from another break-up. And even if this person bugs you 60% of the time, you still can't live without him. And even if he wakes you up every day by sneezing right in your face, well, you love his sneezes more than anyone else's kisses.”

(the thirty five years old protagonist contemplating at the end of the comedy.)
Posted by azdak at Wednesday, September 11, 2013