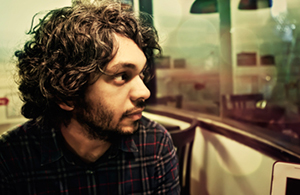 लिखाई, फिल्‍माई, कटाई के बारे में आनंद: "What you see in the film is very close to the script. I am a writer first…but I also love all aspects of filmmaking. For example, I love color grading. SHIP OF THESEUS was color graded by myself and Pankaj Kumar, the director of photography on the film. Instead of going to a studio, we color graded it ourselves on Photoshop! I find the process of painting with colors and shifting the light very interesting. In editing process, what I had written I later found to be longer than anticipated. The shooting process was not very intuitive. It was what I call, designed spontaneity—we [Anand Gandhi and Pankaj Kumar] allowed ourselves for spontaneity. Adash Prasad who was the first assistant editor eventually became the main editor. He kept on playing with the edit with a long time, though there were other editors [Satchit Puranik, Sanyukta Kaza]. It took about a year for the edit to take place and the shooting took place over one and a half year." (वीयरदमूवीज़डॉटकॉम के सौजन्‍य से)..